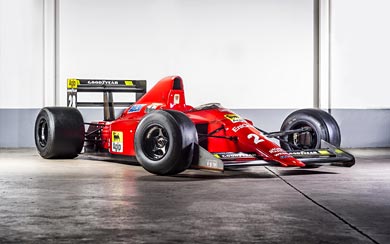 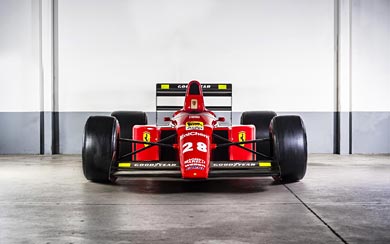 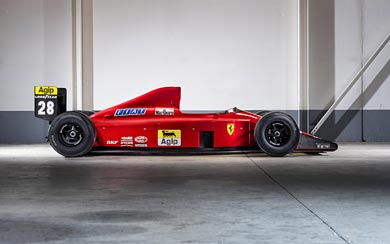 The 1989 Formula 1 season saw the introduction of new engine rules banning forced induction and limiting capacity to 3.5L. This came as a result to the domination of the McLaren cars in 1988, Ferrari hoped it’s return to a V12 powerplant would bring the success they craved.

During the off-season Ferrari managed to acquire designer John Barnard from McLaren, the man responsible for introducing carbon-fibre into the sport. He along with new chief engineer Claudio Lombardi set about crafting Ferrari’s 1989 challenger. The new V12 engine was a light weight unit featuring four camshafts and five valves per cylinder, officially rated at 600 bhp with a 12,500 rpm limit. Concerned the new engine would fall short of the powerful Renault and Honda V10s, Bernard developed a seven-speed gearbox with an automatic clutch, which drastically reduced shift-times helping negate any power deficits against the competition.

The 1989 season started well with Nigel Mansell taking victory for Ferrari in the first race in Brazil. That form would not continue as the team only managed another 2 wins for the season one more for Mansell, and one for team mate Gerhard Berger. The car had good pace all year, but struggled to finished races with many retirements hampering efforts.