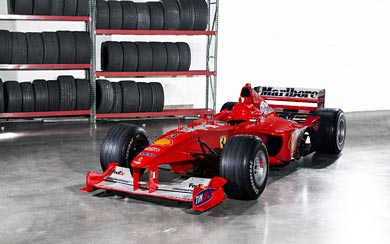 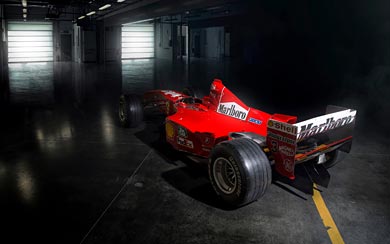 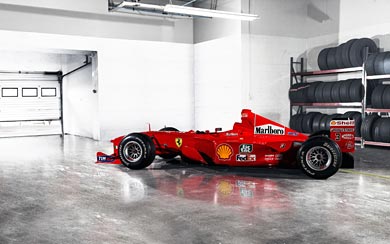 The Ferrari F1-2000 was a Formula One racing car designed by Rory Byrne for the 2000 Formula One season. The car was a direct development of the F300 and F399 from the previous two seasons, using the same basic gearbox and a new engine with a wider V-angle (90 degrees vs 75 degrees in the 048 engine). This new wider angle improved and lowered the centre of gravity of the car. It also featured improved aerodynamics, which put it on par with that year’s McLaren MP4/15.

Michael Schumacher drove the F1-2000 to his third World Drivers’ Title and Ferrari’s first for 21 years. It also defended Ferrari’s constructors’ crown, and signified the start of the team’s dominance throughout the first half of the decade.