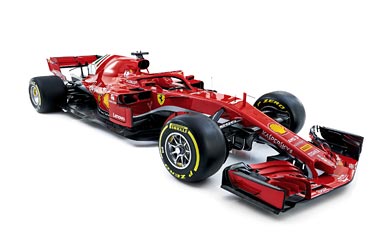 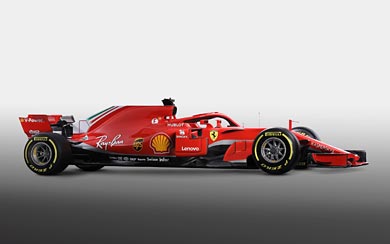 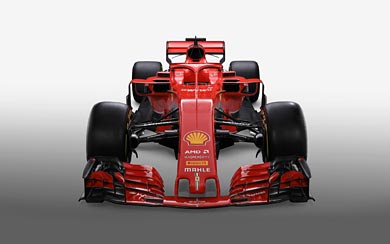 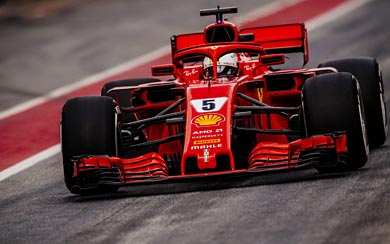 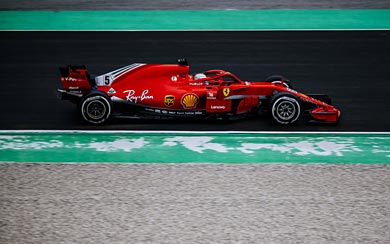 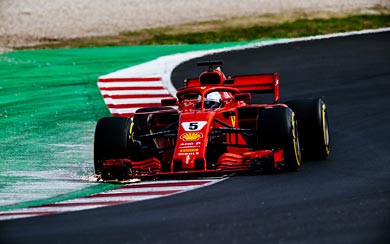 The prancing horse has returned to the all red livery for the new 2018 Ferrari Formula 1 car, which looks ready to challenge Mercedes-AMG and Red Bull Racing for the title once again. The cars chassis has seen extensive changes with a longer wheelbase than its predecessor, further revised aerodynamic package, updated cooling system and an even more aggressive sidepod design.

Sebastian Vettel and Kimi Raikkonen remain as the two drivers at Scuderia Ferrari, and stand as a very experienced duo who have both won world championships. Vettel enters the new season with the edge of his team mate for the last few seasons having finished with more wins and points at the end of the year. Raikkonen will be eager to put the past behind him and hopefully once again show his full potential on the track for a strong showing.

“The SF71H represents an evolution of last year’s car, which was already a good project,” explained Technical Director, Mattia Binotto. “We’ve tried to retain the strengths. Our strengths I would say first is aggressiveness in some of the concepts. We designed a car that was somehow performing very well on low speed circuits, but we knew we had to work on new areas of development. For example, trying to develop the car to be strong in performance on the high-speed circuits, but also on reliability.”