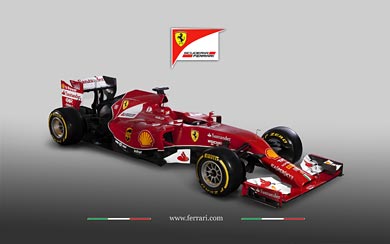 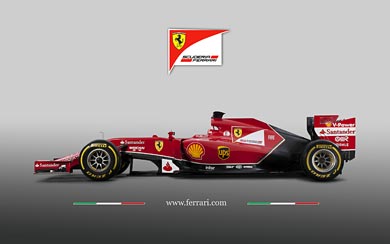 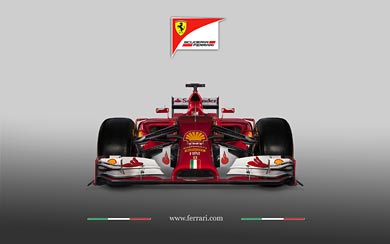 The Ferrari F14 T (also known by its internal name, Project Code 665) is a Formula One racing car designed by Nicholas Tombazis, Rory Byrne and James Allison for Ferrari to compete in the 2014 Formula One season. It will be driven by former World Drivers’ Champions Fernando Alonso and Kimi Räikkönen, who returned to the team after a five-year absence. The F14 T has been designed to use Ferrari’s new 1.6-litre V6 turbocharged engine, the 059/3. The name of the car was chosen by fans in a poll organised by Ferrari. The “14” represents the year of competition, and the “T” reflects the series’ shift to a turbocharged engine formula.

The car was unveiled on 25 January 2014, as the first turbo powered F1 car for Ferrari since the Gustav Brunner designed F1/87/88C driven by Michele Alboreto and Gerhard Berger in 1988.