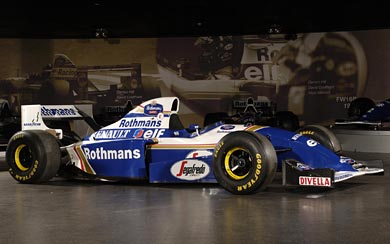 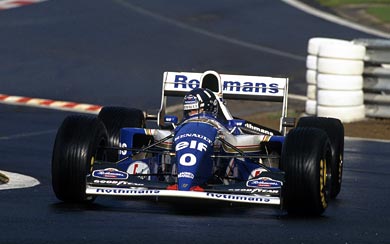 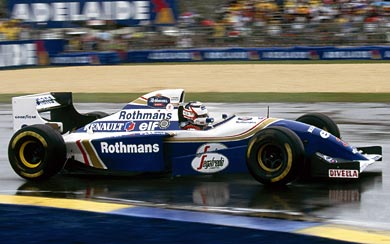 The FW16 was a passive evolution of the FW15C that had preceded it. It featured revised bodywork, with a low profile engine cover and enclosed driveshaft and an anhedral rear wing lower element, the latter being hinted at in the preceding FW15C, and a narrower nose. In addition to these changes it featured an innovative rear suspension wishbone design and an improved version of the Renault Sport Formula One engine (RS6). In addition it featured a fuel valve to enable the ability for mid race refuelling.

As with the previous season, the number 0 car was driven by Damon Hill for the entire year, as reigning champion Alain Prost had taken his number 1 with him when he left the sport. The number 2 car was driven by Ayrton Senna, David Coulthard and Nigel Mansell. The car proved to be a tricky proposition in early testing and in the early part of the season. A design flaw was discovered in the car's frontal section and there were attempts to remedy this in time for the ill-fated third race, the 1994 San Marino Grand Prix. Various other alterations were made by Adrian Newey and Patrick Head to alleviate the car's handling problems.

Williams later introduced a B-spec car, featuring the compulsory open airbox rear and featuring shorter sidepods than the FW16. This car was developed by Hill, but the Benetton B194 and Michael Schumacher were dominant in the first half of the season. Rookie test driver David Coulthard shared the second car with former champion Nigel Mansell. The engine was a Renault RS6 3.5 V10. Their main sponsor was Rothmans, replacing Camel Cigarettes and Canon used on the FW14 and FW15C.