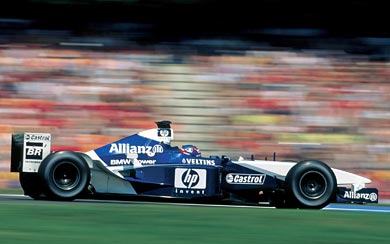 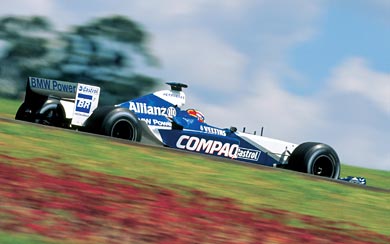 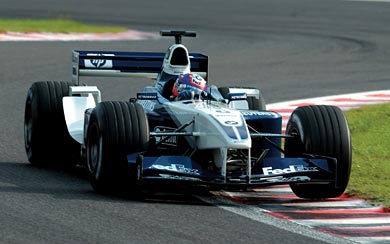 The Williams FW24 was Williams F1 chassis for the 2002 F1 season. It was closely based on the previous year's FW23, and powered by a development of the ultra-powerful BMW engine from 2001. The car was aerodynamically inferior to the Ferrari and to the rival McLaren, but the engine's outright power put in on a par with the competition.

The car proved competitive, but no match for the dominant Ferrari F2002. Ralf Schumacher scored the team's only win of the season in Malaysia. Juan Pablo Montoya set an impressive run of five consecutive pole positions with the car in midseason, and made the fastest lap of any circuit in history when he set pole position at Monza for the Italian Grand Prix (a track that favours engine power) with a lap average of 161.449 mph (259.827 km/h), breaking the record previously set by former Williams driver Keke Rosberg at the 1985 British Grand Prix at Silverstone who lapped at an average of 160.9 mph (258.9 km/h) in his Honda turbo powered Williams FW10.

Williams finished second in the constructor's championship to Ferrari this season, trumping the McLaren team, which had a competitive but unreliable car.