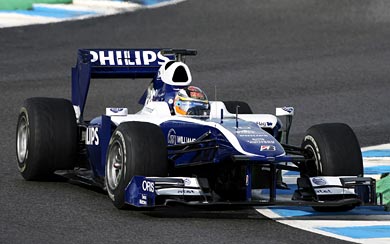 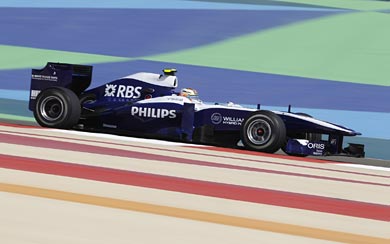 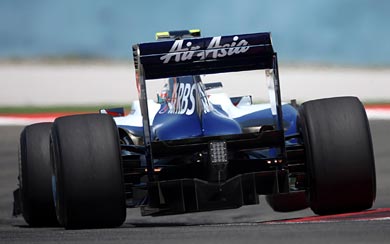 The Williams FW32 is a Formula One motor racing car made by Williams for the 2010 season and powered by the sport’s brand-new entry-level Cosworth CA2010 engine. The car is raced by Rubens Barrichello and 2009 GP2 Series champion Nico Hülkenberg.

The car was first driven in shakedown tests at Silverstone on January 28 before it was officially unveiled at the Circuit Ricardo Tormo near Valencia, Spain at the first official test on February 1. After Hülkenberg completed the shakedown at Silverstone, Barrichello was given the first day’s running at the test, completing 75 laps. Hülkenberg took the car’s first pole position at the Brazilian Grand Prix in variable conditions.