Download Williams FW43 Formula 1 car wallpapers in 4K for your desktop, phone or tablet. All images belong to their respective owners and are free for personal use only. 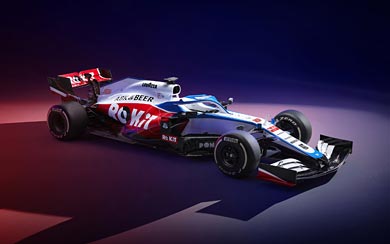 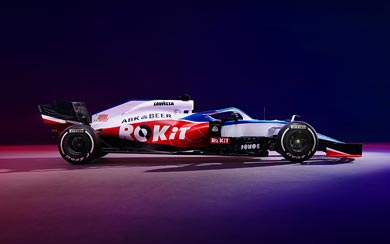 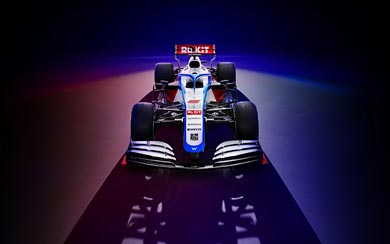 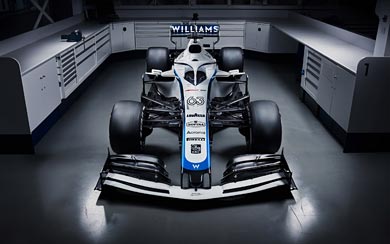 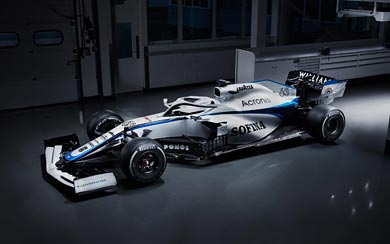 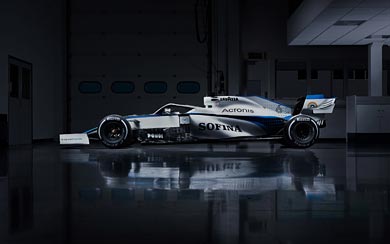 As one of the most famous Formula 1 teams on the grid, Williams are hoping they can reverse the struggles of the lest few years and rise back up the ranks. Launching their 2020 car, the team are confident they have turned a corner after the 2019 season was one of the worst in the teams history. Only scoring one championship point was a low point which has brought in discussions about the teams future. Including the possibility of becoming a sister team to the like of Mercedes. A plan that has been stoically denied by the team.

2020 will be the second year of title sponsor Rockit, and as such the livery is an evolution of last years. The biggest change is the much larger red sections replacing some of the blue, with the whole livery more defined with crisp lines compared to the 2019 edition. Some have labelled it the Colgate car, in reference to how the mix of colours and composition are reminiscent of Colgate branded toothpaste.

The driver line-up for 2020 will comprise of George Russell who returns for his second year in the sport and Nicholas Latifi, a first timer. With such a proud history, Williams will hopefully be able to once again build up to challenging for race wins in then near future.