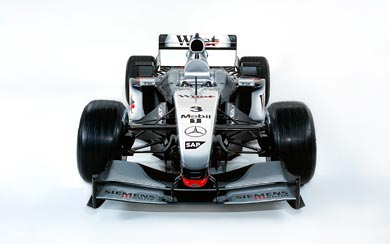 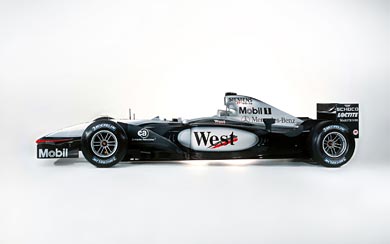 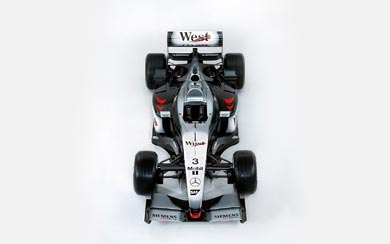 The McLaren MP4-17 was the car with which the McLaren team competed in the 2002 and 2003 Formula One seasons. It was driven by David Coulthard and Kimi Räikkönen in both seasons.

The team did not perform as well as expected to in 2002, in a season dominated by Ferrari, and due to the unreliability of the car; they eventually finished third in the constructors championship with 65 points and one victory, in Monaco.

Using a development version of the car, the MP4-17D, the 2003 season started very promisingly with wins at the two first grands prix of the year, one each for Coulthard and Räikkönen. However, rival teams soon caught up as McLaren was sidetracked by the development of the McLaren MP4-18, a radical new design which due to reliability problems never raced in anger. As a result, the team gradually fell slightly further back as the season progressed, allowing rivals able to develop their newer cars more quickly. However, despite this setback, Räikkönen finished in the points consistently and challenged Michael Schumacher for the championship all the way up to the very last race, eventually losing the title by only 2 points. The team again finished third in the constructors championship and had 142 points and two victories – just two points behind Williams F1.