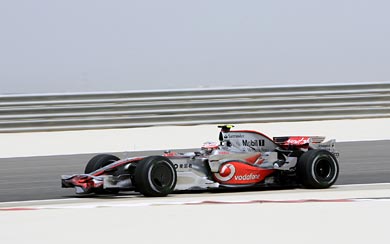 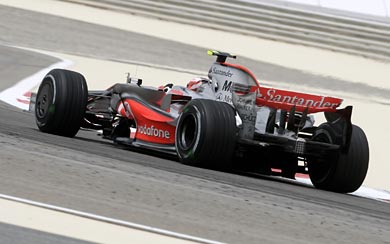 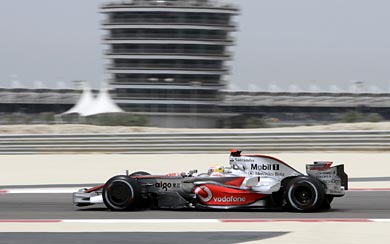 The McLaren MP4-23 was Vodafone McLaren-Mercedes’ Formula One car for the 2008 Formula One season. The car won the 2008 World Driver’s Championship in the hands of Lewis Hamilton, but finished 2nd in the constructor’s championship which was won by Ferrari. The car, along with its rivals during the season marked the end of an era of complex aerodynamic appendages on the bodywork, which would be banned for the 2009 season.

Following the 2007 Formula One espionage controversy the MP4-23 was subject to FIA inspection before the start of the 2008 season, to determine if any Ferrari intellectual property was on the car. Revisions from the MP4-22 included a longer wheelbase, the removal of the “bullhorn” winglets from the airbox and a new rear wing which differed both in main profile and its endplates. In the pre-German Grand Prix testing, the car was run with a “shark fin” engine cover, as sported by cars such as the Renault R28 and the Red Bull RB4, but the team did not permanently run it.