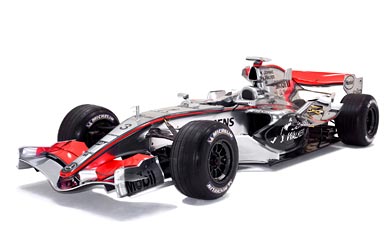 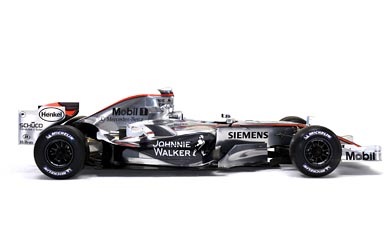 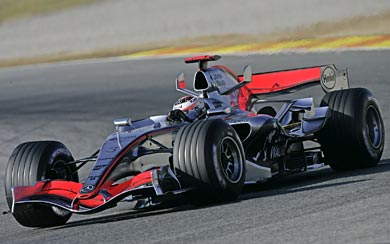 The McLaren MP4-21 is a Formula One car designed by Adrian Newey for the 2006 Formula One season. The car continues the MP4-X naming system and is notable for its striking chrome livery which is designed to maximize the visibility of the teams sponsors.

The car started the season in the hands of Kimi Räikkönen and Juan Pablo Montoya, but after a few races it soon became clear that it was not as competitive as its predecessor, the MP4-20, despite an apparent improvement in reliability. McLaren did not win a race all season, for the first time since 1996. Their best results were second place finishes for Kimi Räikkönen in Australia and Italy, for Juan Pablo Montoya in Monaco, and for Pedro de la Rosa in Hungary.