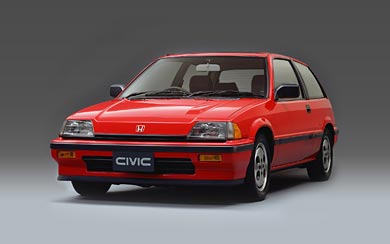 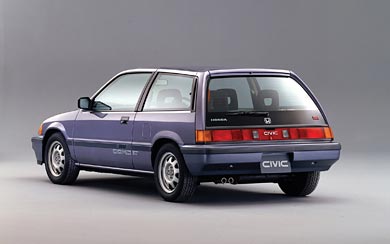 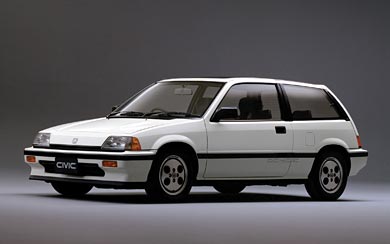 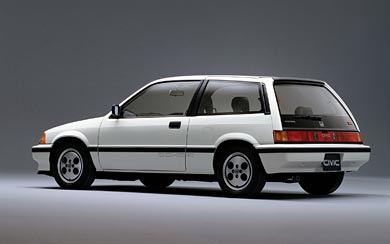 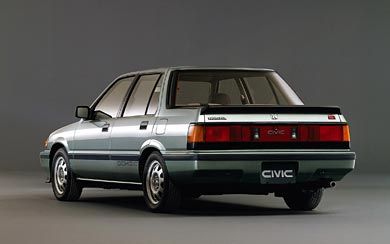 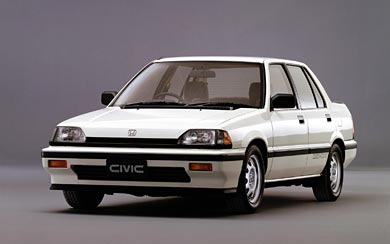 Honda first adopted the Si badge for the Japanese domestic market (JDM) third-generation Civic in November 1984. Mainly offered in hatchback form, the main aesthetic difference for the Si was a slight bulge in the hood, which accommodated the taller DOHC engine. A four-door sedan variant also existed in Japan, but was only produced in small numbers and is rare. Designated as ZC1 in Japan and D16A1 in Europe, the new engine put out 122 hp (91 kW), enabling the car to hit 122 mph (196 km/h) and go from 0-60 mph in 8.9 seconds. Since compact cars at the time typically made less than 100 hp (75 kW), the Si proved popular amongst enthusiasts.

In Europe and in the United States, a somewhat sporting Civic “S” trim was introduced to the hatchback in 1984. The European version receives a carburetted version of the 12 valve 1.5, producing 85 PS (63 kW). In the US the Civic S featuring sports seats and reclining rear seats. Although the S retained the semi-independent rear beam with coil springs for the suspension, a rear stabilizer bar was added to improve handling. Unlike the JDM Civic Si, the S trim used the same carbureted 1.5 L EW1 engine as the base and the DX trims. 1985 finally saw the US release of the Si trim with the Civic CRX Si, which featured a fuel-injected, 1.5 L SOHC EW3 engine making 91 hp (68 kW).